Audio Accompaniment:
Earlier this week we met up with artists Kerri Jefferis and Sophie Chapman, and almost all the local people they worked with to make Idle Acts: Chris Kellet, Lily Mae Firth, Phil Pearce, Charlene Holmes, Dean Holmes, Celia Borthwick and Tayyiba Islam. We watched the film together, recorded their first impressions, and talked about using improvisation to play with peoples’ perception of Beeston and the people who live there. This conversation took place on 10 August. Sophie, Dean and Charlene joined remotely from London and Leeds, and the rest of us sat together at a studio in Armley.

Produced in collaboration with

Developed with a group of acting enthusiasts in Beeston, South Leeds, in Summer 2019, Idle Acts unfolds through a series of short vignettes which slip between fact and fiction and the absurdity of the everyday.

The film is both a record and outcome of a moment of collaboration. Using a variety of experimental techniques, the actors play and replay events, chance encounters and overheard or imagined scenarios, combining aspects of drama, comedy and documentary.

Starting points originated from group conversations around spatial justice, coexistence and Oldenberg’s idea of the ‘third place’ – somewhere you commune in public which is separate to both work and home.

Their practice is emergent, experimental and interdisciplinary, drawing on genealogies of punk, dada and feminist paragogy.

Their work takes form in the math and aftermath; roleplay, props, prompts, settings or atmospheres created – the mise-en-scene. Sophie & Kerri adopt known forms (the survey, the band, the quiz, the dinner) to court the social imaginary; scores to hold space differently, where prefigurative practices can be mapped and embodied. They are interested in autonomous ecologies, conviviality, refusal and the textures of our lived experiences.

Lunch Run
Karrabing Film Collective, 2020, Australia, 6 min
Five young bored indigenous kids fiddling on their phones go looking for ‘Quinton’ who has walked to Milik. Their father tells them to be careful of ‘walakantha’, little short people who can take any form and take people far into the bush never to be seen again: “You might think it’s Quinton but it’s not.” Distracted by their phones they set off to sounds of hip hop. On the way to Milik, calamities pile up as they sight an unresponsive Quinton taking them further and further into the bush, until one of the kids is lured away with the promise of a brand new iPhone and endless reception in the deep scrub.

Karrabing Film Collective is an indigenous media group based in Australia’s Northern Territories that uses filmmaking and installation as a form of grassroots resistance and self-organisation. The collective includes approximately 30 members, predominantly living in the Belyuen community, who together create films using an ‘improvisational realism’ that opens a space beyond binaries of the fictional and the documentary, the past and the present. Shot on handheld cameras and phones, their films touch on cultural memory, place and ancestry, exposing the longstanding colonial violence that impact members directly, such as environmental devastation, land restrictions and economic exploitation.

Thornton near Bradford is the birthplace of the three Brontë sisters. To celebrate the Bicentenary of Anne Brontë’s birth and to raise awareness of the cultural significance of this heritage within the village of Thornton and nationally, Rhian Cooke was asked by South Square Centre, Thornton to collaborate with a group of year 10 students from Beckfoot Thornton School. The students developed films for ‘The Anne Brontë Exhibition’ and the students’ Silver Arts Award in response to Anne Brontë’s (1820-1849) life, writing and their own aspirations.

Anne was not just a writer but enjoyed art as her sketches commonly have beautiful detailed depictions of trees and a vivid sublime drawing of the sea. Her love for the coastal and rural landscape can be found in her writing, inspired from her time of being a governess in Scarborough and from the surrounding landscape of Haworth.

These ideas were translated into workshops, resulting in students making thaumatropes, displaying what they hope to see and do in the future.

Using cameras, audio recorders and contact microphones, the students filmed, photographed and audio recorded the nearby Thornton landscape, exploring the sound and texture of the water, trees and landscape. They animated their aspirational thermatropes through film by editing the collective footage into experimental collaged moving images.

Rhian Cooke is an artist based in Leeds who works across sculpture, installation and moving image. Exploring the fine balance between handmade and the digital. Telling ongoing stories about nature and the environment. 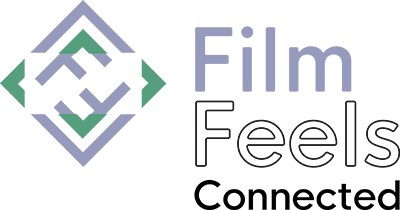